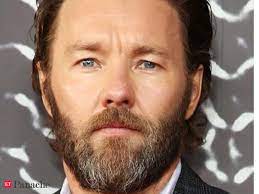 Joel Edgerton is an Australian actor, director, writer and producer. He was born in 1974 in Blacktown, New South Wales and grew up in the suburbs of Sydney. He began his career in the theatre, performing in productions with the Sydney Theatre Company and the State Theatre Company of South Australia. He made his film debut in the Australian crime drama Animal Kingdom, which earned him an AACTA Award for Best Supporting Actor. He has since appeared in numerous films, including The Great Gatsby, Exodus: Gods and Kings, and Loving. He also starred alongside Tom Hardy in the Australian western thriller The Proposition in 2005. Edgerton also ventured into directing and writing, writing and directing the psychological thriller The Gift in 2015. He has received critical acclaim for his performances, and has been nominated for several awards, including the AACTA Award for Best Actor in a Supporting Role for his performance in The Great Gatsby.