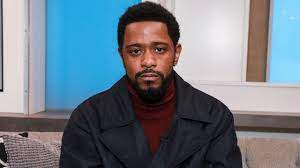 LaKeith Stanfield is an American actor, rapper, singer and musician. He is best known for his roles in films such as Get Out, Sorry to Bother You, and Knives Out. He also stars in the critically acclaimed television series Atlanta and has appeared in several music videos for artists such as J. Cole and Chance the Rapper. Stanfield has been nominated for several awards, including two Golden Globe Awards, an MTV Movie Award, and a Screen Actors Guild Award. He has also won numerous awards, such as the Young Hollywood Award in 2017 and the National Board of Review’s Breakthrough Performance Award in 2020.