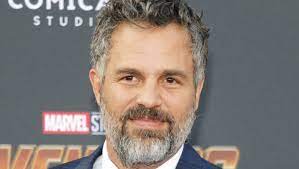 Mark Ruffalo is an American actor, director, producer, and social activist. He is best known for his portrayal of Bruce Banner / The Hulk in Marvel’s Avengers franchise. He has also starred in films such as Zodiac (2007), The Kids Are All Right (2010), and Foxcatcher (2014). He has received numerous awards and nominations, including an Academy Award nomination for Best Supporting Actor for his role in Foxcatcher.

Ruffalo is also an accomplished stage performer, having starred in Broadway productions such as This Is Our Youth, Awake and Sing!, and Betrayal. He is an active advocate for numerous causes, including climate change, racial justice, and LGBTQ rights. He has received numerous accolades for his activism, including the 2018 Peace Summit Award.

• He is the only actor to have portrayed both the Marvel characters, Bruce Banner/Hulk in the MCU and The Hulk in the standalone 2003 film
• He is the third actor to portray The Hulk after Eric Bana and Edward Norton
• He is a committed environmental activist, advocating for clean energy sources and supporting organizations like Water Defense
• He has a twin brother, Scott, who is a sculptor
• He is an Academy Award-nominated actor, having been nominated for Best Supporting Actor for his role in Foxcatcher
• He was the executive producer of the film, Dark Waters, which was released in 2019
• He is a passionate advocate for Human Rights, supporting the work of organizations like The Innocence Project
• He has a degree in theatre from the University of Wisconsin-Madison
• He is an accomplished musician, playing guitar, bass, and drums
• He was the lead singer in a band called The Dentists in the 1990s
• He has a daughter named Bella, who was born in 1997
• He is a huge fan of the New York Knicks
• He is a self-taught artist, specializing in abstract painting
• He is a vegan
• He is the founder of the Water Defense charity
• He is the co-founder of The Solutions Project, which uses clean energy sources
• He is the co-founder of the All-In Movement, which is a social justice organization
• He is an advocate for the LGBT community, having appeared in a number of campaigns
• He has been a part of the Montclair Film Festival since its inception in 2012
• He is a huge fan of the Grateful Dead
• He wrote and directed the short film, The Death of the Incredible Hulk
• He has a passion for technology, having founded several tech-related companies
• He is an avid photographer and has a number of photography books
• He is a big believer in the power of meditation and mindfulness
• He is a supporter of the Democratic party
• He is a fan of the sci-fi genre, having starred in the films Zodiac and Now You See Me
• He is an ordained minister
• He is a passionate advocate for the rights of Native Americans
• He is an avid reader, with a large collection of books
• He has a degree in Psychology from the University of Los Angeles