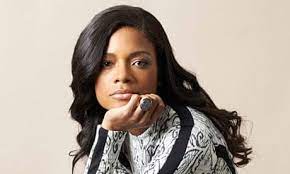 Naomie Harris is an English actress who has appeared in numerous films, television shows and stage productions. She is most known for her roles in the James Bond films Skyfall and Spectre, as well as her portrayal of Winnie Mandela in Mandela: Long Walk to Freedom. Harris has also appeared in the Pirates of the Caribbean films, 28 Days Later, and Moonlight, for which she received an Oscar nomination for Best Supporting Actress. Harris is also an accomplished stage actress, having appeared in productions of Othello, The Merchant of Venice, and The Cherry Orchard. She is also an active supporter of various charities and has used her fame to help promote causes such as HIV/AIDS awareness and gender equality.