Technology has certainly brought many benefits to our lives, such as the convenience of FaceTime and easy access to information online. However, it has also created a sense of distance and disconnection, as people may spend more time online and less interacting with others in person. Additionally, the use of technology to automate tasks, like making reservations or ordering food, has reduced the need for human interaction in some instances. Furthermore, the constant access to information and the ease of getting lost in hours of aimless scrolling on social media can also have a negative impact on our engagement with the world around us.

“According to certified sex therapist Shamyra Howard, people are often so connected to their mobile phones that they scroll through them without even realizing it, which can be a source of annoyance for those around them.”

Phubbing, which is the act of disregarding others in favor of using one’s phone, may seem innocent at first glance, particularly if the person is engaged in an important task such as sending an email. However, it is important to consider the impact of this behavior on others and make an effort to wait and resume a conversation rather than interrupting it with phone use. Despite this, in today’s fast-paced society, the tendency to prioritize immediate needs over social interactions can lead to an increasing prevalence of phubbing.

Phubbing is a term that combines the words “phone” and “snubbing.” The word refers to the act of ignoring one’s surroundings and social interactions in favor of using one’s phone. The term first gained popularity in 2012, when an Australian ad agency launched a campaign called “Stop Phubbing” to raise awareness about the negative effects of phubbing on personal relationships.

According to research published in Science Direct, phubbing (the act of snubbing someone in a social setting by using one’s phone) is associated with low self-control, FOMO (fear of missing out), and addiction to phone or internet usage. The study found that 32% of phone users engage in phubbing 2-3 times per day, and 17% engage in it at least 4 times a day. Additionally, the study found that people who identify as white are more likely to engage in phubbing than other ethnicities and those with higher education tend to do it less.

Is the act of constantly checking your phone interfering with the quality of your relationship?

Phubbing not only leads to emotional disconnection, as the phone acts as a barrier between partners, but also has negative effects on mental health. A study by researchers at Baylor University found that 46.3% of participants reported being phubbed by their partner, with 22.6% stating that it caused relationship conflict and 36.6% experiencing feelings of depression as a result of their partner’s constant phubbing.

Phubbing, the act of ignoring someone in favor of a phone, can be especially harmful for those who value and express love through quality time. Even if a partner is not intentionally trying to hurt the relationship, research has shown that phubbing can still cause harm. One way to address the issue is to bring attention to it and if necessary, seek the support of friends and family who have also been affected or witnessed the behavior. Through intervention, the hope is that the partner will become aware of their actions, even if they are not yet ready to change them. 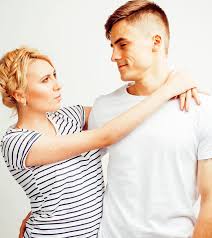 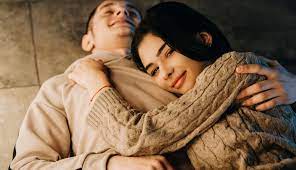 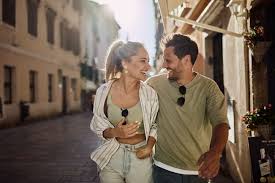