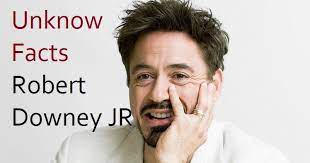 Robert Downey Jr. is an American actor and producer. He is best known for his role as Tony Stark in the Marvel Cinematic Universe films, appearing in Iron Man (2008), The Avengers (2012), and Avengers: Endgame (2019). He has also starred in numerous other films, such as Chaplin (1992), Tropic Thunder (2008), and Sherlock Holmes (2009). His career has been one of the most successful in Hollywood, earning him numerous awards and accolades, including an Academy Award for Best Actor for his performance in Chaplin.